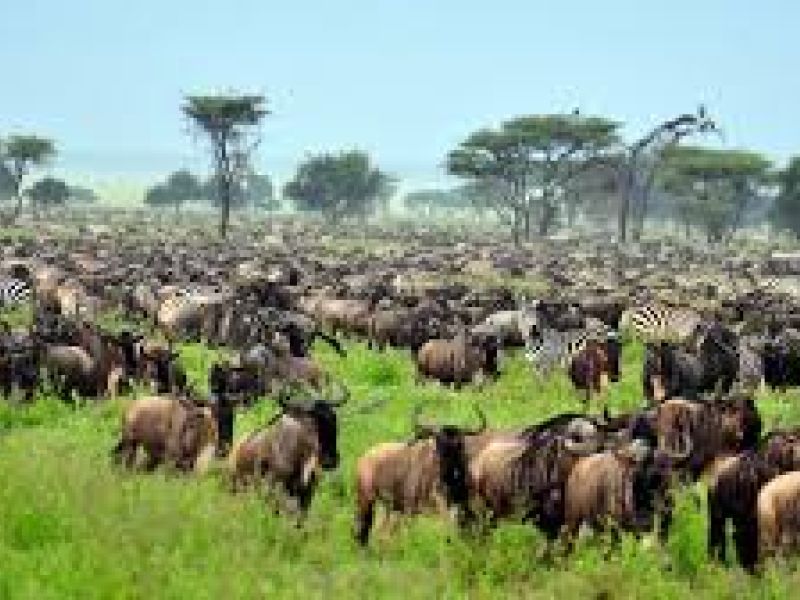 The Serengeti National Park , as it is called, is the largest and best known of Tanzania’s National Parks, covers an area of over 14,500sq km (5,600sq miles). Its northern boundary boarders Kenya’s Masai Mara Game Reserve, whilst its western extension known as the `corridor’ reaches to within 8km (5 miles) of Lake Victoria. In this world-famous wildlife sanctuary there still exists the greatest and most spectacular concentration of game animals found anywhere in the world.

Most of the Serengeti national park is vast open plains with lofty rocky outcrops giving character to the landscape. There are also acacia and savannah woodland and scrub, forested and well-treed rivers, and the occasional swamp and small lake. In altitude Serengeti varies between 914 and 1,828m (3,000-6000ft): Park headquarters at Seronera is at 1,524m (5,000ft).