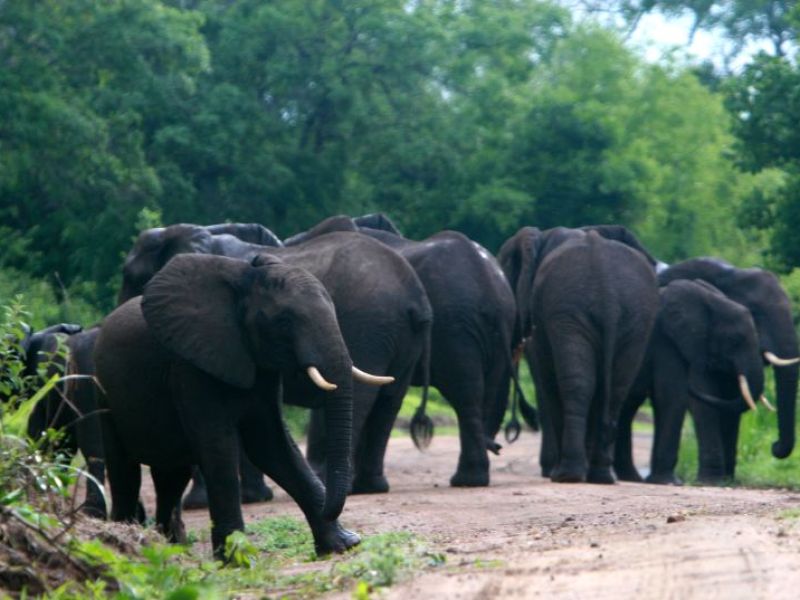 Selous Game Reserve is a southern extension of the Mikumi8 National Park, covering some 54,490sq km (21,000sq miles), and is predominantly an elephant reserve. The area is mainly brachystegia woodland with grassy flood-plains and some dense forest patches: much of it is inaccessible.

Most of the reserve remains set aside for game hunting through a number of privately leased hunting concessions, but a section of the northern park along the Rufiji river has been designated a photographic zone and is a popular tourist destination. There are several high end lodges and camps mainly situated along the river and lake systems in this area. Rather difficult road access means most visitors arrive by small aircraft from Dar er salaas though train access is also possible.

In addition to Elephant there are Hippopotamus, Buffalo, Wildebeest, Lichtenstein’s Hartebeest, Sable Antelope, Greater Kudu, Eland, Lion and Leopard. Bird life is similar to that found in the Mikumi National Park.

Accommodation is available at a Safari Camp at Mbuyu. Foot safaris accompanied by armed rangers are permitted. Visits should be made between June and November; at other times some areas of the Reserve are liable to flooding.