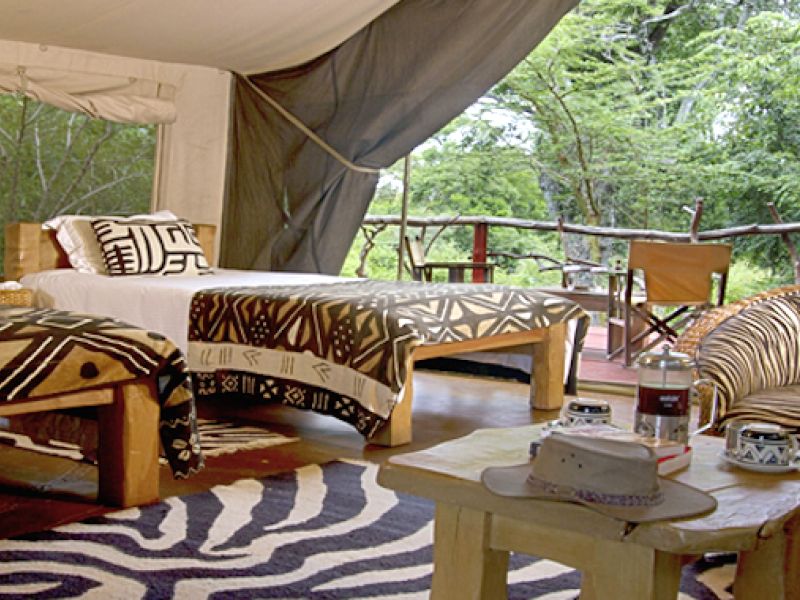 Olumara Tented Camp was specifically designed to blend with its natural surroundings. A rope suspension bridge across the river affords an adventurous entrance to the camp higher leveled camp, embraced by a bushy gorge.

Our camp is built with privacy in mind and come up with this wonderful situated and detailed tented camp after a lot of planning and  through hard work and designing the camp, the camp eventually came up with what is now called olumara tented camp.

Olumara is spectacularly set along the Maasai Mara Koiyaki Lemek conservation area, which is a vast unexplored area. This is a photographer’s haven and great for both day and night game drives.

More about your Stay at Olumara tented camp

Maasai Mara is famous for its bird life, including riverine and forest species. A day of successful game spotting, will be followed by our Olumara sundowner cocktails of your choice served by our guides, in appreciation of the splendid Mara sunset.

The camp is an all season camp located along the banks of the Olaro Orok River, on the boundry of masai mara game reserve and Mara North conservancy, and conducts its game drives in the Masai Mara main reserve, Kenya.

The Masai Mara combines some of the richest Big Five viewing on the planet and is home to lion prides, leopard and elephant parades.

In migration season, vast herds of wildebeest stretch as far as the eye can see, and with the diverse ecosystems comes a variety of bird life.

Or visit a traditional village and witness the daily rituals of the Maasai tribe.