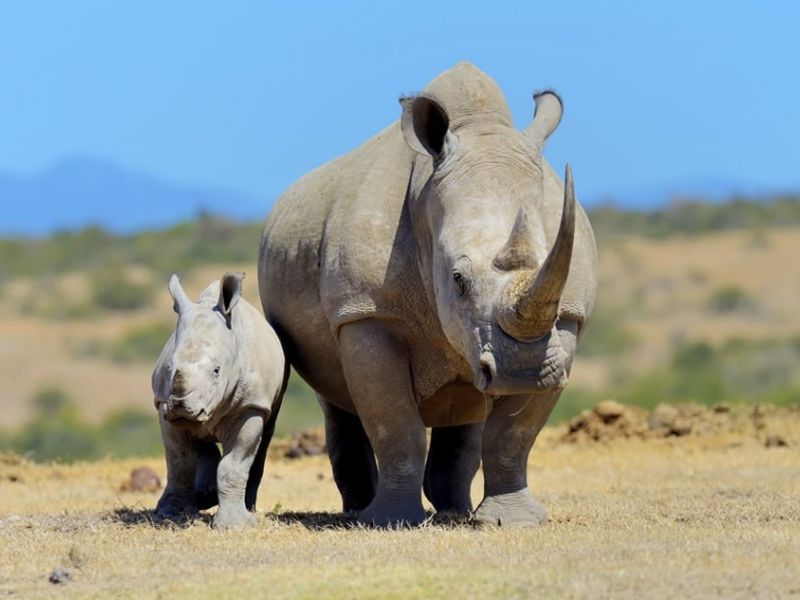 The Ol Pejeta Conservancy Kenya is a 360 km² wildlife conservancy in Central Kenya’s Laikipia County. Situated on the equator west of Nanyuki, between the foothills of the Aberdares and Mount Kenya.

Africa’s most iconic species hunt, graze, breed and fight for survival on the plains of Ol Pejeta every day, in an ecosystem that has the highest densities of wildlife in Kenya outside of the Maasai Mara.

Ol Pejeta prides itself on being at the cutting edge of conservation innovation.

As the largest black rhino sanctuary in East Africa, and the only place in Kenya to see chimpanzees, Ol Pejeta is also safeguarding some of the most vulnerable wildlife in the world, and advocating for change.

Ol Pejeta has been advocating for the plight of chimpanzees and other great apes since 1993 – when we first opened the Sweetwaters Chimpanzee Sanctuary.

The Sanctuary aims to provide a refuge for chimpanzees rescued from the black market, and is the only place in Kenya where these fascinating animals can be seen.

Sweetwaters is a chartered member of the Pan African Sanctuary Alliance (PASA), an alliance of 18 sanctuaries in 12 African countries; currently caring for over 800 orphaned and/or confiscated chimpanzees.

PASA’s role is to help conserve chimpanzees and other primates and their habitats through public education and lobbying for political goodwill.

The Sweetwaters Chimpanzee Sanctuary was established with an agreement between the Ol Pejeta Conservancy, the Kenya Wildlife Service (KWS) and the Jane Goodall Institute.

The aim – to provide lifelong refuge to orphaned and abused chimpanzees from West and Central Africa.

Over the last decade, Sweetwaters Chimpanzee Sanctuary has been compelled to keep accepting chimpanzees rescued from traumatic situations .

This has brought the total number of chimpanzees in the Sanctuary to 36.

Many are confiscated from cramped and unnatural living conditions, and many arrive with horrific injuries sustained from abuse at the hands of humans.

Here at Sweetwaters, they get a chance to start over.

The feed back is remarkably encouraging.