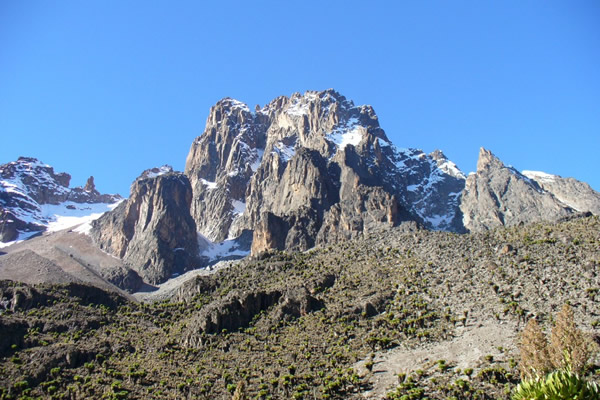 Written by admin on July 28, 2016. Posted in Mountain Climbing

Mount Kenya national park: is an imposing extinct volcano dominating the landscape of the Kenyan Highlands, East of the Rift Valley. The mountains slopes are cloaked in forest, bamboo, scrub and moorland giving way on the high central peaks to rock, ice and snow. 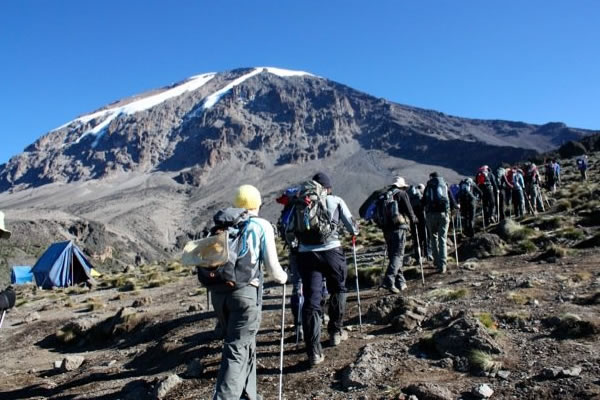 Written by admin on July 28, 2016. Posted in Mountain Climbing

Marangu route is one of the most popular route leading to the summit of Mount Kilimanjaro. Many hikers believe that the Marangu route is the easiest route to the summit, since it is the only route which can be hiked in 5 days. It is also the only route offering accommodation on the mountain, in a frame huts.
Important to note is that Marangu route has one of the lowest summit success rates of all the routes up the mountain. If you choose the Marangu route, we strongly recommend hiking the route over 6 days, this will increase your chance to reach the summit successfully.

This is the only route, which provides comfortable communal sleeping huts, equipped with beds and mattresses at every overnight site. Mineral water, soft drinks beer are also sold in this points. The Marangu route utilises the same route for the ascend and descend. 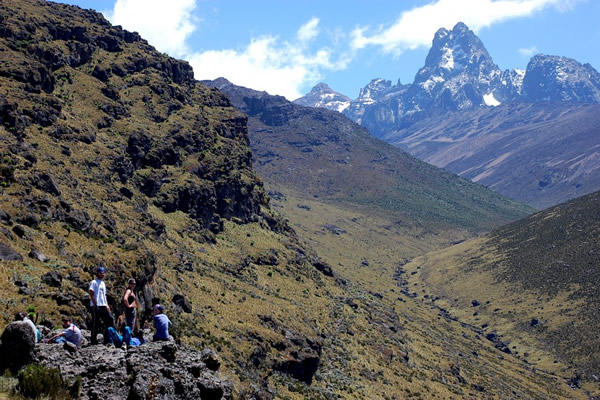 Written by admin on June 28, 2016. Posted in Mountain Climbing

Mount Kenya national park is an imposing extinct volcano dominating the landscape of the Kenyan Highlands, East of the Rift Valley. The mountains slopes are cloaked in forest, bamboo, scrub and moorland giving way on the high central peaks to rock, ice and snow. 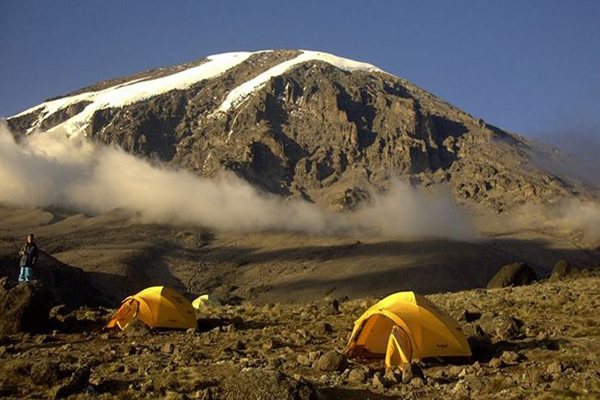 Written by admin on June 25, 2016. Posted in Mountain Climbing

Machame route is our most popular and successful route leading to the summit of Kilimanjaro. Hikers sleep in tents which are carried up the mountain by porters. The Machame route is a very scenic and beautiful route, which can be completed in 7 days.Hikers will need to pass an area just before the Shira ridge and hike the Barranco Wall, both of which are physically demanding and also present a potential problem for hikers with a fear of heights.  The key to the success of the Machame route is its topography, allowing hikers to climb high and sleep low, helping towards better acclimatization. The route utilizes the Mweka route as a descend route

We depart very early in the morning from either mombasa or Nairobi .The journey will take us to the boarder points of Taveta or Namanga.After immigration formalities we will change cars to 4×4 land cruisers and drive to either moshi or Marangu for late lunch.Reluxe in the afternoon .This is the time you will Meet your climbing guide for briefing and final gear check. Overnight at the hotel.

Drive to the Kilimajaro National Park gate at Machame for entry registration. Start the trek to Machame hut through thick rain forest. Have packed lunch on the way. Dinner and retire for the day.

Ascend to Shira Hut past the Shira plateau and through ridges and valleys. Stay here overnight.

Head eastward to junction where we continue to Lava tower Campsite (4510m),Located among glacier streams. Descend to Barranco camp thus allowing your body to adjust to altitude change. Take the day’s rest here.

Across the karanga Valley and ascend to Barafu campsite. Have dinner and take the day’s rest ready for the hike to the summit. Note: An extra day for acclimatization can be added by staying overnight at karanga camp then proceed to Barafu camp the next day.

Start at mid-night for the Summit attempt (Uhuru peak) arriving at sunrise.Now joy and the happiness of this adventure comes in when you reach this point [Uhuru peak].You will be standing at the highest point in Africa covered by snow.Take photos. Descend back to barafu for breakfast then further down to Mweka Hut. Have lunch and spend the rest of the day relaxing.

After Breakfast, descend to the gate where a vehicle awaits to transfer you to the hotel in Moshi town.

Depart Moshi for the Taveta or Namanga border points for your return journey back to either mombasa or Nairobi.

Book or Inquire about this safari