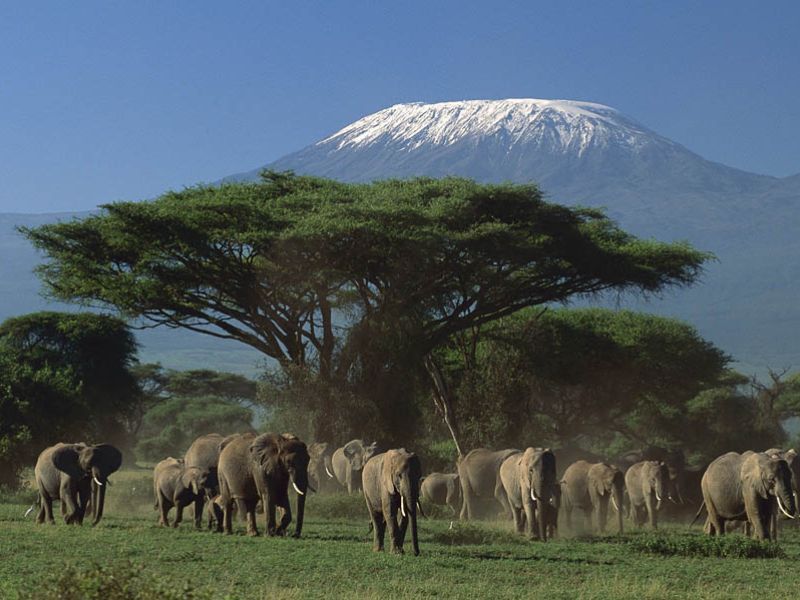 What you will find in Amboseli National Park;

Crowned by Mount Kilimanjaro, Africa’s highest peak, the Amboseli National Park is one of Kenya’s most popular parks.

Amboseli National Park  safari can be combined with both Tsavo east and Tsavo west national parks .

This gives the visitor a very high chance of seeing all the big five and a whole lot of other plains and bush animals and bird species.

Amboseli lies immediately North West of Mt. Kilimanjaro, on the border with Tanzania.

Its wealth of flora and fauna has resulted in the recent designation as an International Bio-sphere Reserve.

Amboseli, meaning “Salty Dust” in the Masai language is an important range land for the Masai culture .

The ‘salty dust’ itself is volcanic ash from the eruptions of the Mount Kilimanjaro a millennium ago.

Over 53 species of herbivores and carnivores can be viewed with ease.

The most conspicuous being the troops of over one thousand elephant who range the plains and wallow the swamps.

A number of other unique animals also populate the area .

The presence of Mount Kilimanjaro creates a unique selection of ecosystems found nowhere else on earth.

The Amboseli basin is fed by springs that provide a permanent source of water during the dry season.

The river systems north of the basin form a seasonal flood plain that is used by migratory animals during the rainy seasons.

Although the region has a relatively low wildlife biomass it supports a greater variety of animals than the neighboring Tsavo national park.